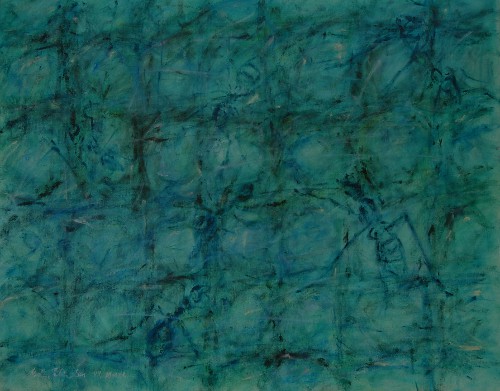 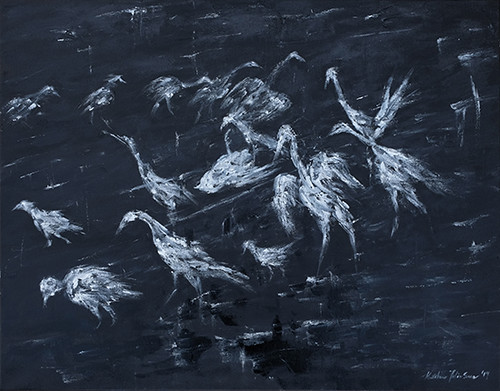 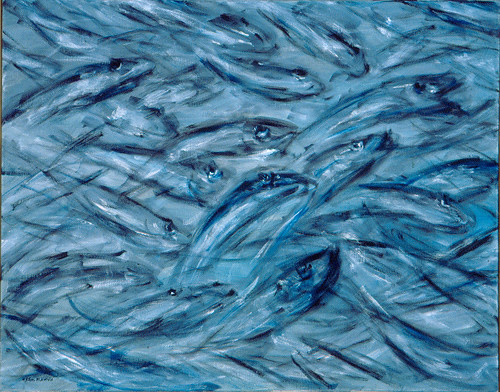 The motive behind my oil painting Trot was my wish to explore tonal contrasts and arrive at a certain balance of playfulness and menace.

The subject of this study is a cat, or two. Before I started my oil, I made several preliminary sketches and once I committed my ideas to the canvas, I proceeded with a cat with upright head. Somehow, after the composition had more or less taken shape, I noticed a more dynamic and emotional sketch with a cat whose head was bending down, thus I incorporated that cat into the canvas. 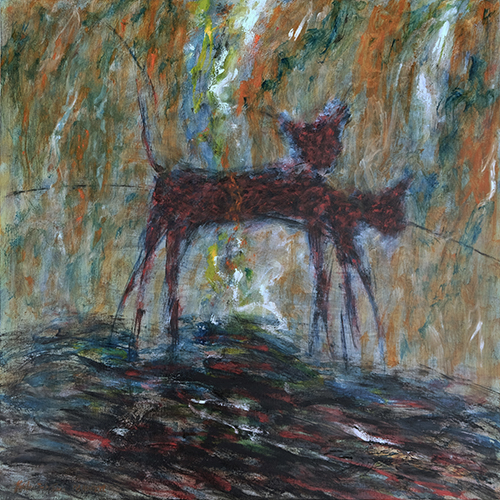 The finished painting more or less achieved my goals, though the subject can be seen as two cats running side by side, or just a cat captured at different time. 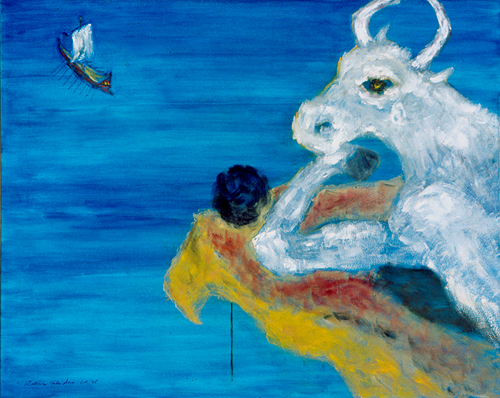 This modest painting, measured 24″ by 18″, semi-abstract in style, clearly influenced by Chinese ink painting, depicts a fish or two struggles to swim upstream, against the current.  It is fitting for the painting to travel to Seattle, because it was in that city when I witnessed an amazing salmon run in Chittenden Locks Fish Ladder several years ago.

This painting was not a frank documentation of that fish ladder scene; rather, when I painted it, I was trying to capture a free spirit, a spirit to overcome adversaries.  I deliberated chose a black and white color scheme, and a bold, almost abstract outline, as I was mostly interested in something elemental, less representational.

This work surely has a charmed life and earned a fair bit of recognitions – in 2009, it was published in The William and Mary Review by The College of William and Mary, Virginia, Volume 47.