My still life oil painting, “White Dress”, was inspired by a vision of a tiny white dress floating in a vast open sky.

While working on the painting, I managed to make the delicate-looking dress full of free-spirit and bravura, as it floated against an intense red backdrop, whose hues shifted and varied mercurially, like raging flames. Small, and delicate, yet the small white dress flew on, nonchalantly, unconcerned with its own vulnerability, however threatened by the menacing environ.

The success of this painting gave me an impetus to continue the probe of the psyche of a personified white dress, and embarked on a journey of making a series of white dresses, objects I judged perfect to reflect or stand in as the bodies they are to clothe, as documented in this article: “White Dress” Series Continues – A New Drawing and a New Painting.

This painting was also part of my Apocalypse Series. 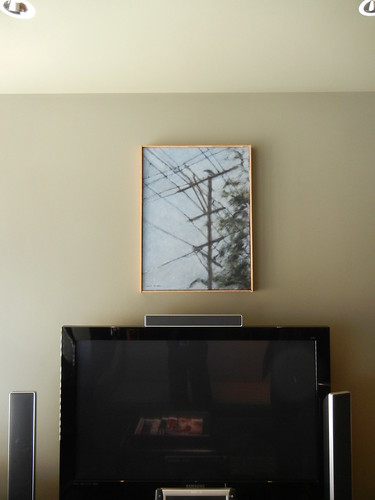