My first successful pastel painting, Typhoon, is an abstract piece inspired by devastating typhoons unfortunately have been creating ever-heavier havoc recently, due to the undeniable climate change. Exploring spatial relationships, subtle variations of tones and shifting of patterns, I tried to capture the something unpredictable and the menacing. 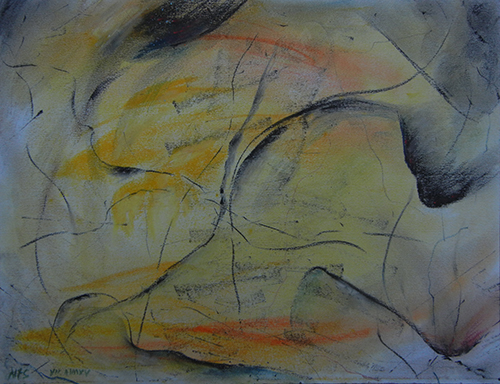 This painting is currently being exhibited at Expressions Gallery in Berkeley, in a show aptly titled “Into the Future“.

Interestingly, this painting just joined a group show, titled “In to the Future“. Perhaps, this ominous world is the vision of the future?