Human history is sadly saturated with sorrow and suffering, a theme resonates strongly with me. In 2003, I made a diptych of oil paintings, titled “Sorrow and Suffering”, to record the pain people suffered and will suffer at the hands of ruthless and/or reckless political leaders, when George W. Bush was brandishing his excuse to invade Iraq. 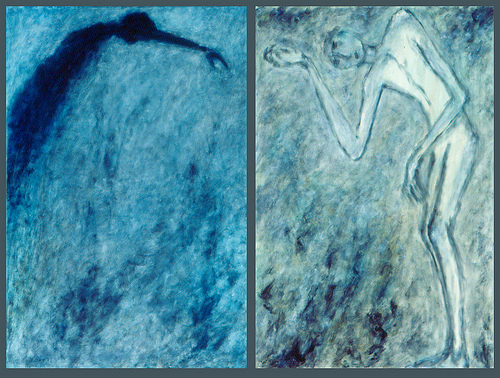 Since that fateful invasion, the unstable Mideast became ever more explosive and the human suffering ever escalated. Yesterday a series of concerted attacks on civilians in the great city Paris shocked and saddened the civilized world and this diptych expresses my feeling aptly.